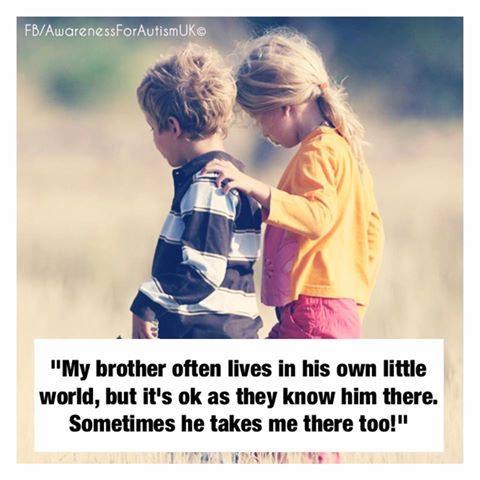 These words are not my own.  They are a wonderful woman who writes an extraordinary blog called LOVE THAT MAX   Her son is a bit older than Mikey – he’s 14.

I have been reading her blog for some time as I find it gives me some great perspective along the way.  It’s such a shame I missed this post, as I could have read it for a pep talk,  and I may not have spat the dummy when I received Mikey’s report last week!

I have a pretty good perspective on most things, most days.  But not last week.  Last week was different.  I felt defeated, deflated and beaten down.  I stayed in bed for 3 days, couldn’t move, coudn’t eat and couldn’t drink (COFFEE OR WINE!!)  I was not good.

On top of all that, I had recieved a report card from Mikey following his ‘special kindy’ graduation the week before, wherby I held him/sat next to him/wrestled him until his name was called…. it was a tiring and long process.   But nonetheless he gradudated and from the photos, you can’t tell at all how painful the process was!  ..

We can’t really SIT and LISTEN for long periods of time… and if there is a door ANYWHERE, you can bet he will make a bee-line for it, as I chase after him, keeping an eye on him as he makes his way through the crowd, like the little Houdini that he is.

After a massive year of personal challenges for all of us in our little family, including watching Mr Danger go through extensive therapy and a prolonged EEG whereby the results were not great and require some major changes in 2017, receiving the report in front of me was the final straw.

It felt like despite all efforts made by Mr Danger and us as his parents, it still wasn’t enough.  All the effort that was put in, didn’t seem to be reflected at all on the paper in front of me.

After venting (ok, ranting on Facebook!) about it, I received lots of encouragement from loved ones which helped me to bring my perspective back into focus.

Of course, no 2 dimensional report can possibly sum up a person – especially one who is so full of life, makes others smile and is such a joy to watch develop and learn new ways of learning.

Maybe things could have been done differently, but the thing that is easy to lose focus on, is that everyone is doing the best they can.

These are not your average circumstances.  This is not a neuro- typical child. This is a child who has had such severe damage done to his brain from the initial seizure at 10 months of age, that practically one half of his hemisphere is in disarray to the point whereby removing that hemisphere, is a better outcome for retaining and increasing cognitive function.

It’s a lot for us to handle so for the moment, we wlll continue to celebrate the little boy in front of us and not take so seriously these ‘reports’.

It is also a good reminder for me to continue to tell people when it comes to Mikey and what he’s ‘doing’, that it is on his time line.  The little dude has a lot going on! In our fast-paced world, when news becomes ‘old’ very quickly, this is one part of the news about Mikey which must be considered when trying to convey what an extraordinary little human he is!

We love hearing from you! Cancel reply

This site uses Akismet to reduce spam. Learn how your comment data is processed.